Principals who effectively manage special education in their schools have to be one part lawyer, one part counselor—and a little bit fearless. 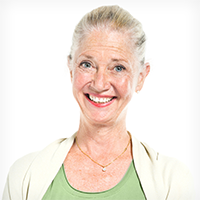 That’s the assessment from interviews with principals, educators in administrator-prep programs, and researchers who have taken a deep look at successful school leaders.

The need for legal expertise is obvious: The federal government, through the Individuals with Disabilities Education Act, states, and school districts have created a complex set of rules and policies that govern the education of students with disabilities and often carry the force of law.

The job also requires school leaders to support parents, students, and teachers, many of whom see the principal as the primary arbiter in cases of disagreement. District-level administrators may be a faceless character to most parents.

Principals, on the other hand, are the administrators that they know.

Learning on the Job

The importance and the complexity of the handling of special education shouldn’t paralyze school leaders, their peers say. Principals are going to make mistakes. It’s how they own up to those mistakes, and try to come up with ways to fix them and improve for the next situation, that matters.

“You can’t be scared of it, and some people are,” said Chris Chism, the principal of Pearl High School in Mississippi, a 1,050-student school that takes its name from the city where it is located. “The only way to do that is to get your hands dirty with it.”

“The most effective thing I do for my students is know their families,” Martin said. ” If they trust you, it allows you to be a little more flexible and take risks to make a difference. And once your parents are on the teams with you, it’s a heck of a lot easier.”

Those kinds of skills are often ones that principals have to develop on their own. In terms of training, principals are still not getting enough information in the fundamentals of special education law, let alone the skills that would allow them to nurture a supportive school culture for students with disabilities, said David Bateman, a professor of special education at Shippensburg University in Pennsylvania. Bateman is the co-author of “A Principal’s Guide to Special Education.”

He saw evidence of this personally during a decade spent as a due-process hearing officer, ruling on special education disputes between schools and families. In some smaller districts, the staffing was so sparse that there was no central-office special education administrator to handle disagreements, so the principal would be the one on the hot seat.

“I would have principals be the ones who were testifying as a representative of the school district, and it became very, very clear they did not know the basics of special ed,” said Bateman. “I remember a principal saying: ‘This IEP thing, is this a building-level term or a district term? Because we don’t typically use this.’ ”

An IEP, short for individualized education program, is a foundational term in special education. It’s a legal document that outlines what special education services students with disabilities will receive, as well as the measurable progress they’re expected to make towards academic as well as functional goals.

The area that principals misunderstand the most, hands down, is discipline procedures, he said.

“Their misconception is that kids with disabilities cannot be disciplined,” Bateman said. While that’s not true, special education law does require schools to take some additional steps to determine if students’ misbehavior may be a manifestation of their disability.

In more recent years, there have been strides in improving training on special education for school leaders, said Belinda Dunnick Karge, a professor of doctoral programs at Concordia University Irvine in California.

She co-wrote a paper called “Meeting the Needs of Students with Disabilities: Experience and Confidence of Principals” in 2006. In 2015, she and her co-author, Beth Lasky of California State University-Northridge, decided to replicate the surveys that were the foundation of their first study.

In 2006, more than a third of respondents, all of them principals in California, said they had no direct experience with children with disabilities as part of their credentialing coursework to become principals.

California’s principal training standards offer a section on promoting equity for all student groups, but Karge called the standard “minimal.”

Learning on the job is still the main way that principals gain knowledge about special education. Occasionally, that can lead them astray, Karge said.

“If you Google ‘behavior autism,’ you’d probably come up with a ridiculous amount of hits,” Karge said. “Administrators are in a situation of ‘here and now.’ They need it to happen immediately, and they can’t mess around trying to dig through the massive amount of data. So many people rely on their friends and the web, instead of the research.”

At the same time, Karge said, it is important for principals to stay in touch with their peers. And in interviews, school leaders offered several concrete steps they take to keep themselves up-to-date with special education law and poised to create a learning environment that works for all students.

Ideas From the Field

Christine Handy, the president of the National Association of Secondary School Principals, said she would seek out chances for parents of students with disabilities to talk to her one-on-one. Handy, who took a leave of absence from her position as principal of 2,400-student Gaithersburg High School in suburban Washington, said getting face time with families in an informal setting was valuable for building trust.

“As a special educator, it’s something that’s near and dear to my heart,” she said.”The principals have to be the head cheerleader, the head advocate.”

McKenna Lewis, a former special educator now in her first year as the principal of James H. Harrison Elementary in Laurel, Md., oversees a 330-student school with a diverse special education and linguistic population. She doesn’t attend every IEP meeting, leaving some to other administrators. But she makes time for the more challenging cases. And before she shows up, she gathers data and observes the child in the classroom.

“I don’t like to just go,” Lewis said. “When I go, I like to be able to provide insight about the curriculum and the resources.” Her goal, she said, is to be “a contributing member to the conversation.”

Chrystal Griffin, the principal of KIPP Star Middle School in New York, devised a special plan for a group of 5th graders with disabilities struggling with basic academic skills, but for whom retention wasn’t appropriate.

Griffin and the staff organized a smaller class, where the 12 students are served by one teacher and get intensive support in reading and math. For other subject areas, they take classes with students who do not have disabilities. Rather than holding them back, that setup allowed those students to continue with their grade level while providing the small group attention they needed to succeed.

But Griffin said creating that class meant shuffling some schedules and staff assignments at the 300-student school, which serves students in grades 5 to 8.

“My role is really to think about operationalizing all these really great ideas,” Griffin said. “There needs to be a willingness to be creative.”

Chism, the principal from Mississippi, said every year he reads the section of special education regulations that relates to procedural safeguards “IDEA is too big to read,” he said, but the procedural safeguards section gets at the heart of a school’s legal obligations, including parental consent and notice and dispute resolution options.

And his advice to jump right in and not be afraid comes with real benefits, he said.

“There’s no greater feeling than when you have a kid who really struggles, and I get to get on stage, call their name and they get a diploma. This is a kid who can still succeed,” he said.

Published in Print: October 17, 2018, as The Important Role Principals Play in Special Education